My most recent gas firing produced some amazing color variations. The kiln was filled top to bottom with pots only glazed in my Copper Red glaze. About half of the pottery had great red colors, ¼ had great red but with color variation, and the remaining ¼ were mostly green, pink or gray.  The natural gas flame paints the glaze surface, and potters are blind to this process. 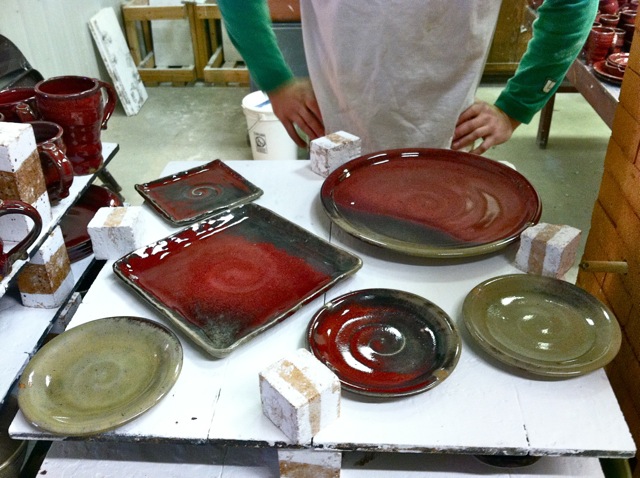 Thanks to my intern Samantha Thury for shooting these images. I many never know exactly how to produce the reddest of reds, but here are some of my guesses: 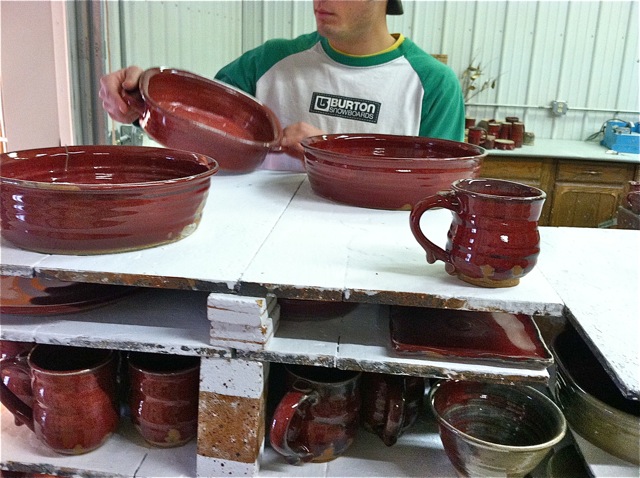 Burgundy: heavier reduction. Often gradates to violet, black and then clear.  Seen in areas of the kiln where uneven reduction causes flame to become trapped, and then simultaneously over-reduce and oxidize different areas of the same pot.

Gray-Pink: somewhat of a mystery…consistently seen on the left side of this kiln, and in certain other areas of the kiln. The flame could be slower, causing more reduction. Perhaps there is heavier reduction during a certain point in the firing. This color is often seen next to bright red, but rarely seen next to clear. This could mean that reduction is achieved before cone 5, but perhaps too much reduction is achieved. 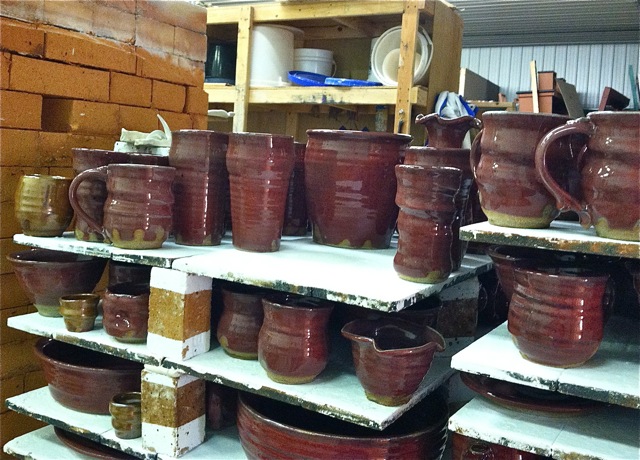 Gray: transition color mostly seen from bright red/burgundy to clear, but seen here on a more red/pink to clear transition. 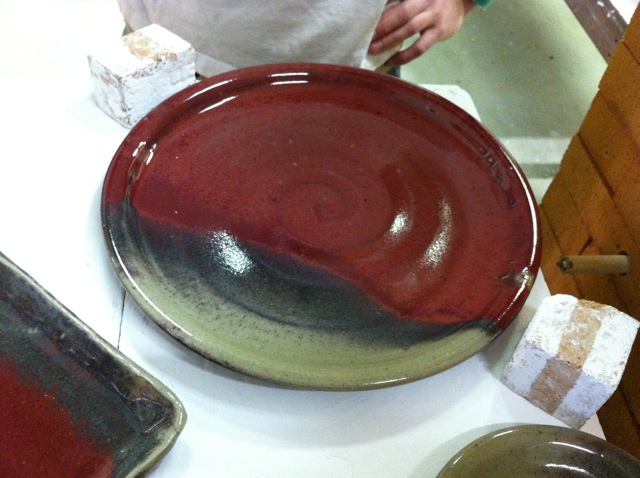 Clear: oxidized. The bottom shelf of most kilns usually results in clear, sometimes with hints of red or violet. Achieving medium reduction before cone 5 and through cone 10 could eliminate clear. I also see clear closest to the burner ports and target bricks, where the flame path is faster and more turbulent. 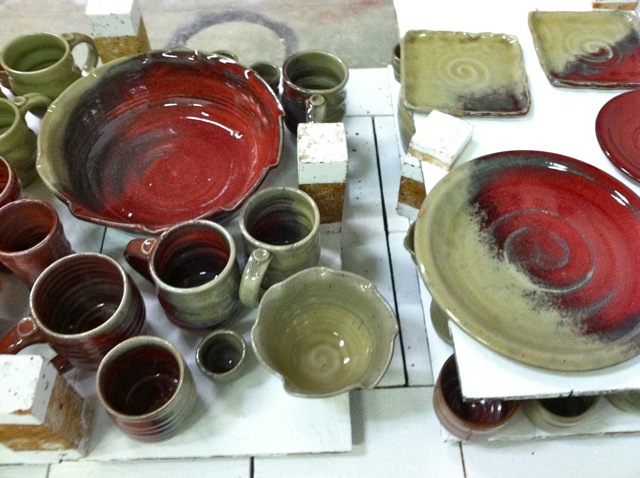 For all you potters interested in producing your own Copper Red glazes, check my previous blog post for my glaze recipes and firing techniques: 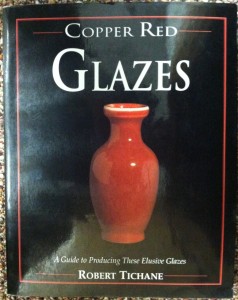 Also check out “Copper Red Glazes: A Guide to Producing These Elusive Glazes” by Robert Tichane. Read the book, then re-read it! It’s been an enormous help in developing my red, and especially my firing techniques.