Last Wednesday afternoon I was attaching some handles to mugs and I got a strange call from a number in New Hampshire. Normally I let out-of-state calls go to voicemail because it’s often spam. For some reason I decided to wipe the clay off my hands and pick up.

The man on the line was Bruce Dix. He was Google searching a potter named, “Hong Jae Pyo” and he discovered my work. He asked, “Have you ever met this guy? Did you host him at your studio?” I said, “Bruce I don’t really have a studio, today I’m making pottery in my 3rd floor apartment. I’m only 25, I got the pictures of Hong Jae Pyo from a friend and just put them on my facebook.” Then Bruce said, “Oh so you’re a young guy, huh? Well I’m 65 and I’ve been a potter my whole life. I’ve gotta give you some advice while I’ve got you on the phone.”

This was the start of an hour long conversation about Bruce’s life as a potter.

The internet is so crazy. Hong Jae Pyo was a Korean potter practicing Yi Dynasty ceramics, and he toured the U.S. in the late 80’s. My only relation to him was by posting 2 images of his work on my Facebook page, because I’m really interested in his Copper Red glazes…we’ve never met, we’re not “tagged” together in any pictures. I simply typed “Hong Jae Pyo” as the image description and it was enough for Bruce to find him in Google, find my phone number on my website, and shoot me a call.

Bruce went on to describe the time he spent with Hong Jae Pyo and 2 other Korean potters that were on tour with him.

“They were traveling to colleges to give demonstrations, eating Coke and Pizza, I could tell that they were really uncomfortable. They lived in small Korean villages with locally grown, good food. I invited them back to my place and cooked them a feast.”

Bruce went on about the potters. “I had porcelain, stoneware, and terra cotta. Each potter used a different clay and we made pots for days. They spent time by the ocean, walked around outside, away from the city. They were really humble, nice people.”

Our conversation shifted to Bruce’s life and his desire to give me advice. I don’t remember everything he said word for word, but here’s what I took away from our conversation:

“Take your best piece from each firing – the jewel – and put it in a box. In 20 years, you’ll have a show of these pots in New York City, sell $100,000 and be able to retire. Plus, you can pull these pieces out from time to time for inspiration. It shouldn’t be hard to keep from selling these pots right away. You have family heirlooms, you don’t try to sell these, right?”

“Eventually all of your customers will come to you, it just takes time- years and years. Try unconventional ways to sell your pots. Call one of the big banks in your city and politely ask to speak with someone in charge of marketing and corporate gifts. Put on a white, clean shirt, white pants, and bring them some of your pots.”

“You should never have competitors, you’re never competing against other potters. Find the potters that you have similarities with and spend your time with these potters.”

“As your career builds, you’ll start to get a lot more criticism. Ignore people who criticize your work. Don’t let it bring you down, just go find like-minded potters.”

You won’t find Bruce’s work online, he’s not interested in giving up privacy to get his pots out into the world.

Special thanks to Ken Ferber for originally sharing the images of Kong Jae Pyo that he snapped during a 1988 workshop. Ken let me photograph his images, as well as sections of a book that he bought during the workshop. 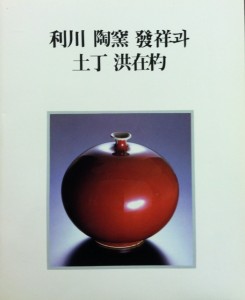 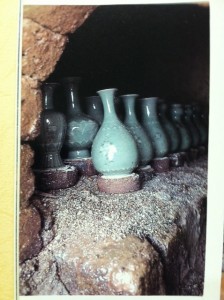 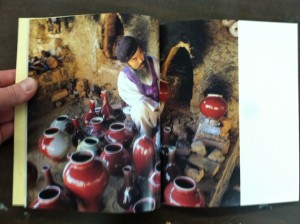 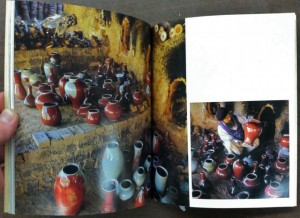 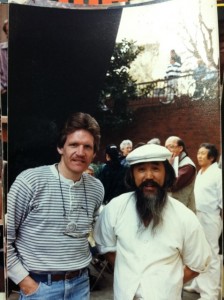 9 Replies to “Not Your Typical Cold Call: An Inspiring Conversation with an Elder Potter”