*This is a guest blog post, edited by Joel Cherrico and written by John Fink: CSB/SJU Marketing Intern at Cherrico Pottery.

“A father is neither an anchor to hold us back, nor a sail to take us there, but a guiding light whose love shows us the way.” – Unknown

Joel Cherrico’s father, Gene Cherrico, played an important role during one of his most defining life moments.

Joel and his dad were on a road trip just before he launched “Cherrico Pottery” back in 2010. Joel was hesitant about taking on the risk of starting his own company, investing his $3,000 of savings and committing to a small business loan after graduation, instead of getting a job like all of his friends.

“Owning your own business is one of the best ways to personal wealth.” – Gene Cherrico

Without Papa Cherrico’s wise words of wisdom, and his love and support, Cosmic Mugs might never have existed.

“I can discover something in the Universe, but if I didn’t do it, somebody else after me will discover that exact same thing. Whereas in the Arts, what you create, no one who was ever born before you or will be born from your death onwards, will ever compose exactly the same thing you did.” – Neil deGrasse Tyson

You can learn more about the origins of Cosmic Mugs from Joel’s authorship for American Craft Council: “A Potter’s Journey.” Learn why Joel chose an art major, how he developed a business plan, launched a small business and has operated his pottery business for seven+ years in this American Craft Council “Web Exclusive” blog series: 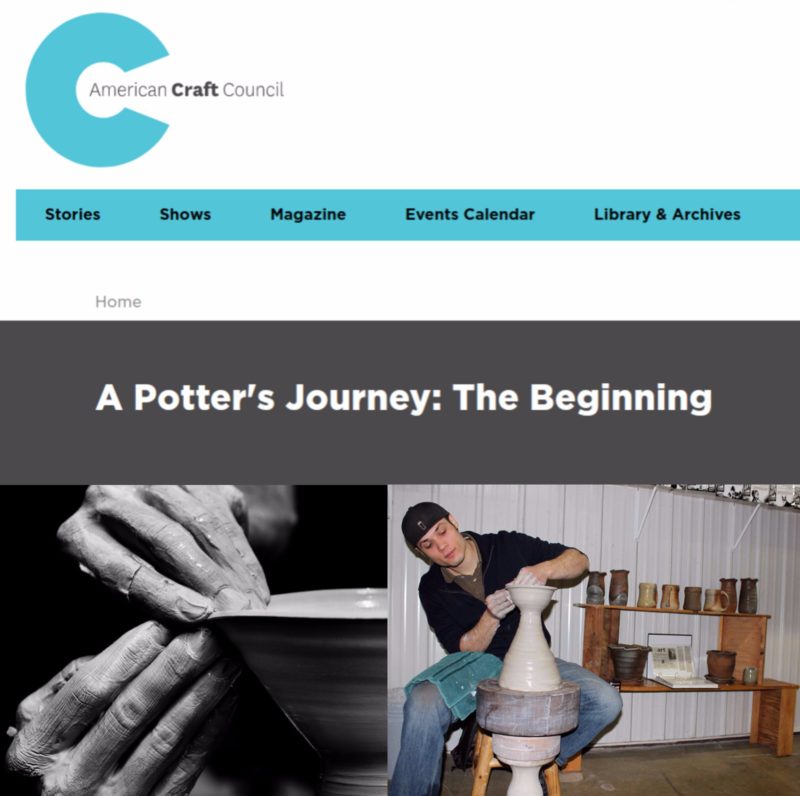 Another person who Joel drew inspiration from while growing his business was Robert Herjavec.

Herjavec is an immigrant from Croatia who owns a world renowned computer security company in Canada. He is most known for being a “Shark” on the hit TV show “Shark Tank” (Joel has repeatedly submitted 1st and 2nd round applications to the show). In the video below, Robert shared his story of his father’s immense sacrifices to give him a better life.

If they’re sold out or too expensive for you, don’t worry! Joel will be releasing more Cosmic Mugs, including $79 Random Cosmic Mugs, $49 Flawed Cosmic Mugs and Moon Mugs before July. Stay tuned! For you pottery fans who are waiting for these great deals and on a budget, we’ve got something special for you too. 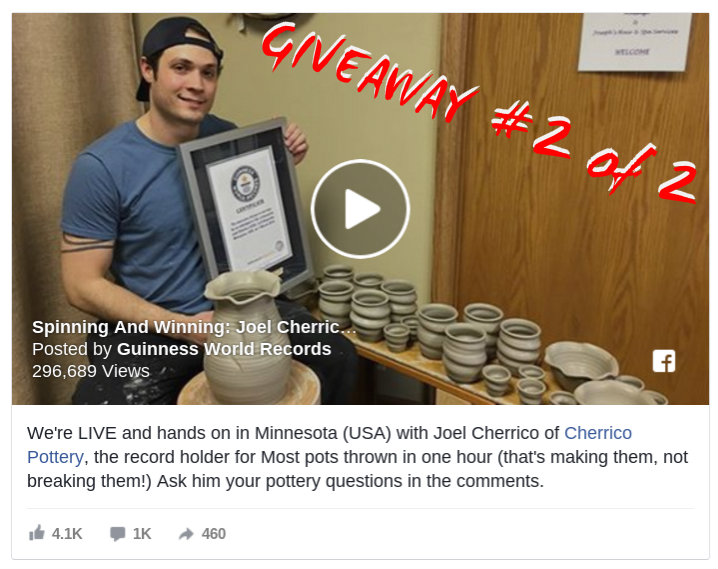 You can win one of three pieces of art history from Joel’s epic achievement with the Guinness World Records™ title for ‘most pots thrown in one hour by an individual.’ Simply answer the questions below in our comments to enter:

What is the most valuable lesson your father taught you? How did it shape you into the person you are today?

If you didn’t grow up with a father, please feel free to leave a comment about a lesson any other important person in your life taught you. Leave a comment below before this Friday telling us. We’ll pick the best 3 comments and give each winner a random World Record Pot and even more pottery ($767.00 value: $159 World Record Pottery + $20 packing and shipping average each, Spiral Bowl for $185 + $20 shipping, a copy of “A Potter’s Book” by Bernard Leach at $25 average value) given to 5 random winners, totally free!

To enter, you must leave one, genuine comment, or the moderator will not approve your comment or include you in the giveaway. Please use your PERSONAL name or initials and not your business name, as the latter comes off like spam. Please allow 24-48 hours for your comment to appear. You must also be on our email newsletter distribution list to qualify, so please make sure you are okay with receiving our email newsletter before you leave a comment. We will pick winners Friday around 2pm Central and you will receive the pottery shipped to you nearly anywhere globally, totally free. *ENDED: Congrats to our winners Carol, Jerry, Olivia, Ashlei and Steph. Thanks so much to everyone for participating!