As the Amtrack roars across the plains of North Dakota, Joel watches the fields outside his window fade back into the landscapes of Central Minnesota. He reads a Snowboarder magazine to pass the time, and his mind instantly returns to skiing fresh powder at Big Sky three days earlier. Before the moment fades, he snaps a picture. Perhaps it’ll give him inspiration when he returns to the wheel. 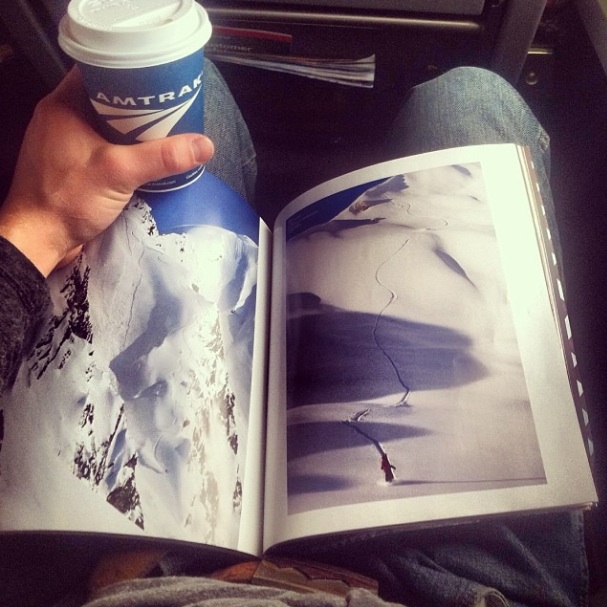 Since he was 3 years old, Joel has taken yearly trips like this one out to the Rockies. They are his second home, and as a result, they appear on his pottery. Drawing inspiration from his former professor and mentor Sam Johnson, who signs many of his pots with a simple-line landscape drawing, Joel signs each piece with an image of the mountains.

Pottery signatures offer us an intimate look at where an artist’s inspiration hides. Sam says his signature represents the flat landscape where he grew up, in western Minnesota. In Joel’s case, the mountains are a symbol of moving forward. They not only show the foundation from which he builds his art, but they show an image of where he wants to go.

“I want you to feel like you’ve got a mountain of clay to work with.” – Sam Johnson

In practically every creative writing workshop, beginning writers hear the motto, “Write what you know.” With pottery it’s no different. Potters pull inspiration from the world around them and try to bring these inspirations to life in their work. Perhaps the most revealing aspects of a potter’s art then, are the elements he/she leaves constant. The inspirations that continually find a home in their work.

With this in mind, let’s return to the mountains on Joel’s mugs. As new life circumstances reshape his pottery, Joel still draws mountains on every pot. While he calls them, “a symbol to where he’s going,” I read them as a testament to where he’s been. They stay constant while nearly everything else changes around him, offering a link between the past, present, and future. Look at his glazing for instance. The mountains come to life in the way the dark blues meet the pale Nuka glaze like the sky meets a snowy mountaintop. In everything from his abstract expressionist glazing to his simple-line signature, the mountains are present.

It’s strange to think that an annual ski trip could have such a large influence on somebody’s pottery. But that’s the joy of art; inspiration hits often when the artist least expects it. He may be on a train barreling across North Dakota, and BAM, there it is. Steven Hill, a potter who I mentioned in my last post, describes finding inspiration like climbing a mountain. In Tales of the Red Clay Rambler podcast Steven Hill is interviewed by fellow potter Ben Carter. Hill says:

“I feel like we all need to have something that we’re searching for that’s out of our grasp. It’s kind of like you’re climbing a mountain. Once you get to the peak there’s no where to go except down. And the search for a better resolution, a better curve, a better surface…a better something that’s always been elusive of my grasp, but it’s always been right out in front of me and I’ve never attained it.”

Successful full-time artists rarely separate themselves from their work. They always look for inspiration, even in the strangest places. If you follow Joel on Instagram, you’ll see how his obsession with rock music, rock culture, and skiing all influence his pottery. True to this culture, he even has a large tattoo of his pottery signature on his arm. Many historically famous potters spoke about synthesis of life and art. In short, the two fuel each other, providing moments of inspiration when we least expect them. 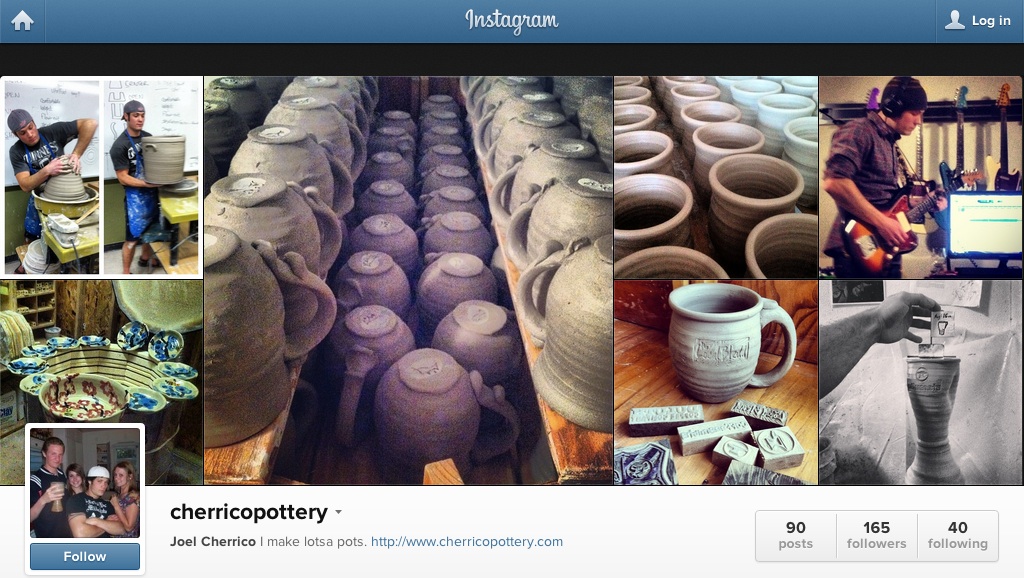 “…it is obvious that Shoji [Hamada] approached his life and work in a holistic manner, and that his workshop, house, clothes, and lifestyle were all related to his greater motivation for working in clay.”