Why are Joel’s mugs called “Cosmic Mugs” anyways? Wikipedia says, “Cosmic is anything pertaining to the cosmos” and the cosmos “is the Universe regarded as a complex and orderly system; the opposite of chaos.”

Our Universe is vast and mysterious, far more mysterious than what human beings can comprehend. But the cosmos also defines anything close and familiar in our modern, complex society, like a cup of coffee.

These “cosmic quotes” tell about just some reasons why Joel Cherrico chose to model the cosmos with clay and fire:

#1: Author Ryan Holiday captures this quote from Neil deGrasse Tyson in his book “Ego Is The Enemy.”

#4: Mae Jemison, the first African American woman to travel to space, had this to say about how art and science are related.

#5: One of the greatest minds in our history, Albert Einstein wrote this passage about his respect for the cosmos and the mystery it represents.

#6: Stephen Hawking, a leader in the scientific field of cosmology, ends a talk with this memorable quote.

#7: President John F Kennedy was committed to further space exploration, science and innovation. This quote is from his Inaugural Address.

#8: Galileo Galilei, a pioneer in the field of astronomy, had this to say about mystery, science and art.

#9: Chris Hadfield directly wrote this quote to Joel about his Cosmic Mugs. Check out this Blog Post for more information about Hadfield.

#11: The last quote is written by Joel himself in the magazine CeramicsTECHNICAL.

Art that lets you taste the Universe everyday

Every Cosmic Mug is crafted with this purpose in mind. Joel’s goal is to give every owner of a Cosmic Mug the chance to touch, taste and reflect on the Universe every morning by doing something as simple as drinking a cup of coffee.

Joel brings the cosmos into your home by choosing glazes that are made up of the same elements that are found in the outermost galaxies in our cosmos. Check out this early video below where Joel was first beginning to develop the ideas behind Cosmic Mugs a couple years ago: 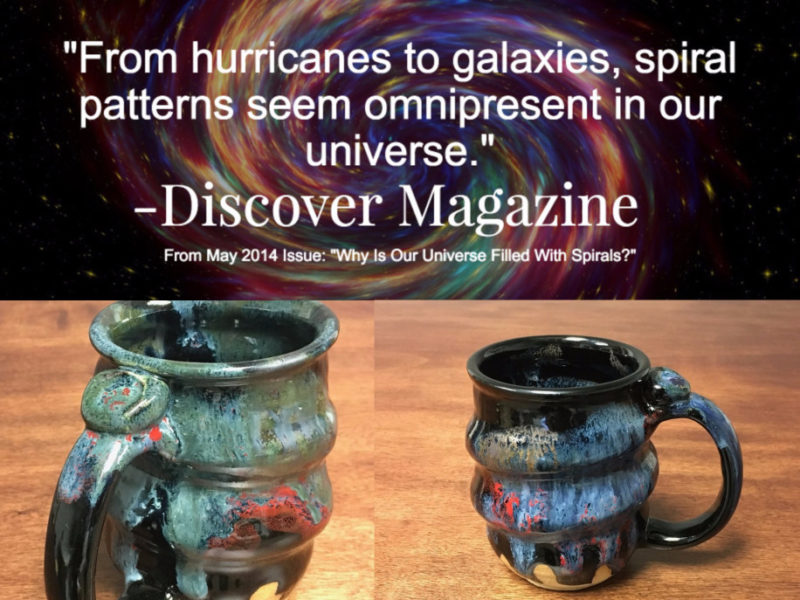 One of Joel’s newest pieces in his Big Jars and Wall Platters collection brandishes a spiral as a stunning Cosmic Wall Platter. Joel modeled it after what astrophysicists have determined about the Milky Way’s spiral shape, with subtle textures and colors that are entirely an expression of the art.

Do you have a favorite quote about the cosmos? Share in the comments please!

July 20th, 1969 was when humans first set foot on the Moon. Astronaut Buzz Aldrin (who owns a Cosmic Mug thanks to our friend Stacey at StarTalk) is 87 years young and he’s STILL active on Instagram, reminiscing about the experience: 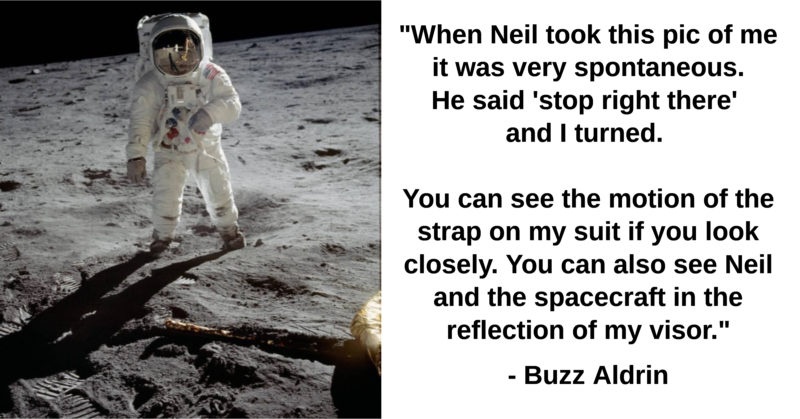 Joel studies astronauts because it inspires him to filter ideas into is artwork, towards achieving greatness. Astronauts Buzz Aldrin and Col. Chris Hadfield both have Guinness World Records titles. Both directly inspired Joel to attempt and achieve the title for, ‘most pots thrown in one hour by an individual.’

Astronaut Col. Chris Hadfield also let us send him a Cosmic Mug. In his book, “An Astronauts Guide to Life on Earth” Hadfiled tells how his childhood dream was to walk on the moon. That goal wasn’t reached, but it put him on a path towards successfully becoming an astronaut and achieving his Guinness World Records title for ‘first music video filmed in space.’ Joel studied Hadfield’s work, sent him a Cosmic Mug and got an inspiring letter in return. He said: 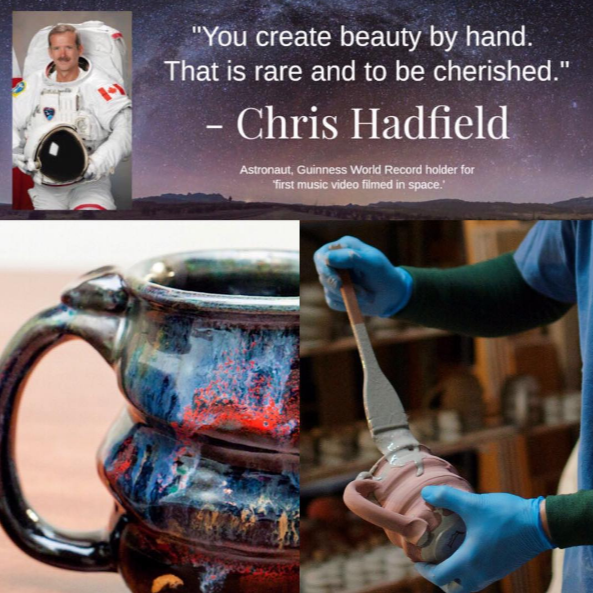 We also send free pots to other astronauts occasionally, like Lt. Col. Mark Vande Hei who graduated from Joel’s alma mater CSB/SJU. He is in line for a trip to the International Space Station.

“Why climb the highest mountain? … We choose to go to the moon in this decade and do the other things, not because they are easy, but because they are hard, because that goal will serve to organize and measure the best of our energies and skills…”

Entrepreneurship is one skill that has many of the same core values that propelled the United States to the moon. Entrepreneurs are required to spend years overcoming failures and striving towards success. You can learn how Joel launched and sustained his pottery business immediately after college graduation in this eight part authorship series for American Craft Council:

A Potter’s Journey: The Beginning 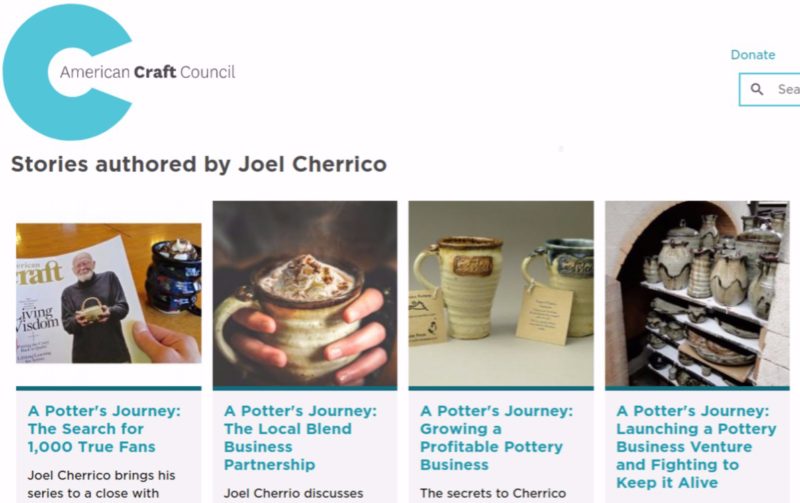 Houston, we have liftoff! Here’s what you need to know: 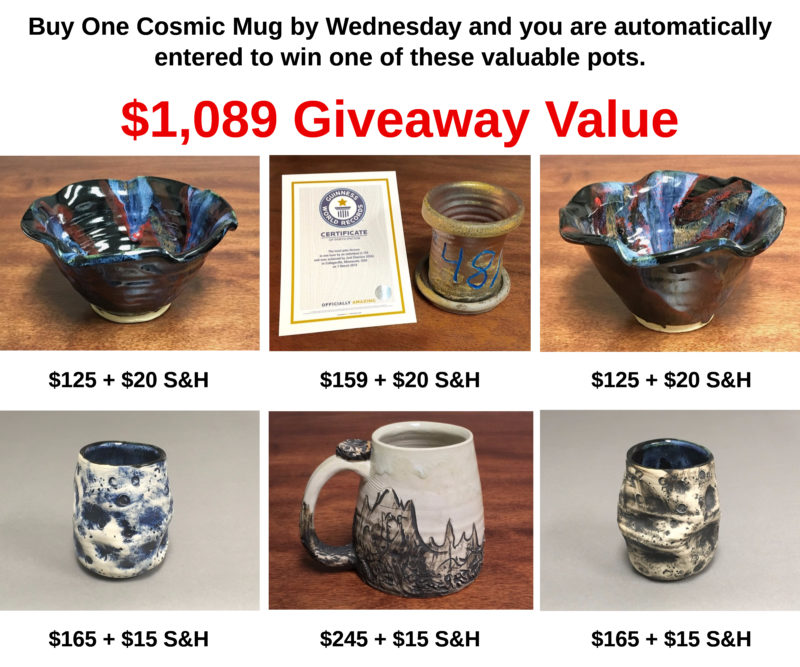 If they’re sold out or too expensive for you, don’t worry! Here is another awesome giveaway we just launched, totally free:

Joel will also be releasing more pottery later this month: Cosmic Mugs, including $79 Random Cosmic Mugs and $49 Flawed Cosmic Mugs, before August. Stay tuned to the newsletter to get notified about availability first: 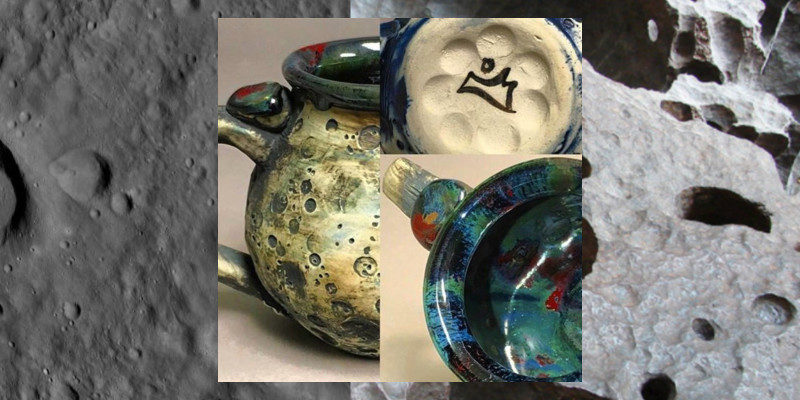 ALL Kickstarter pottery shipped worldwide to over 15 countries! COOL!

Ready for new types of cosmic and mountain pottery? I’m back in the studio busing out new art. Here’s a snippet of the best Instagram pics of new pots:

New pots will all be available when our new online store opens in just a few weeks. Our email newsletter will announce when all pottery is available, as well as offer you discount coupons for the new pottery.

In the meantime, I’ve been busy training for the pottery Guinness World Record. The record for “most pots thrown in one hour by an individual” is 150.

This Monday, March 7th, 9-10pm CST is my first attempt at Brother Willie’s Pub, St. John’s University, Collegeville, MN, US. Can’t be there? Download the Periscope App on your smartphone or tablet, follow @cherricopottery and watch it live! DISCLAIMER: It’s just a first attempt, I definitely might fail…but we could also make history. 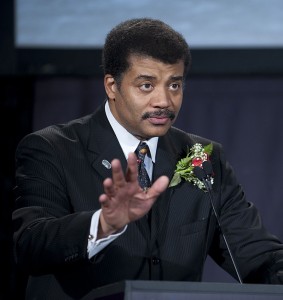 Plus, remaining Kickstarter pottery has been thrown. Most pots are glazed and ready to fire, but I must procrastinate for just a couple more weeks. I was given a once in a lifetime opportunity to travel to Japan to visit traditional pottery studios, Tokyo galleries and Mount Fuji- all before building my own studio.

Renowned potter Shiho Kanzaki is welcoming us in for a tour of his studio. We’re also visiting Mashiko– a famous town of over 20,000 people who are mostly potters!

We hired skilled photographer Julia Echart to redesign our online store. In 2-3 weeks, we will have a new body of artwork on our gorgeous, new website, with discount coupons given only through this email newsletter.

Thanks so much for following along! We’re excited to build a new pottery studio this summer, inspired by historical Japanese studios. Check out the links below if you want to learn more about how Japanese pottery techniques inspired my career over the past 10 years.

Learn about my version of the Japanese Nuka glaze.

Learn about historical wood firing techniques that we practiced in the College of St. Benedict wood kiln.

My Japanese Tools and Techniques

“When you try to be good, you look like someone trying to be good, and the result is that no one believes in you. The problem is to deal with these things without becoming hyper conscious or over intellectual…The challenge is to do the thing you have to do because you’re in love with it and can’t do anything else.”

Just in case you don’t follow our Instagram, here are some pics of the newest cosmic pots I’ve been busting out, including Asteroid Cups and Meteorite Mugs:

We will be stocking our online store with this new type of pottery soon, as well as offering coupons for everyone on the email newsletter list.

Our Kickstarter is way ahead of schedule! All Kickstarter pottery should ship next week. Whether you backed the project or simply gave us a “like” on Facebook, I really appreciate all of your support!

Since all Cosmic Mugs and other pottery must return to full retail prices in February ($85 per mug + $15 average packing and shipping), I wanted to offer all of you just one more chance to get Cosmic Mugs at a huge discount. This link gives all of you another opportunity to get the lowest possible pricing on just a few more Cosmic Mugs:

What should I make next? This is your chance to request pottery. I get requests almost daily and can’t promise everything will get made, but I wanted to give all of you first priority. I’m getting back to the pottery wheel and would love to hear about any pottery you might enjoy owning:

A new pottery studio can’t be built until our lease ends this summer. In the meantime, I’m making new types of cosmic pottery, researching world class pottery studios and practicing to challenge the Guinness World Record in pottery. Stay tuned! 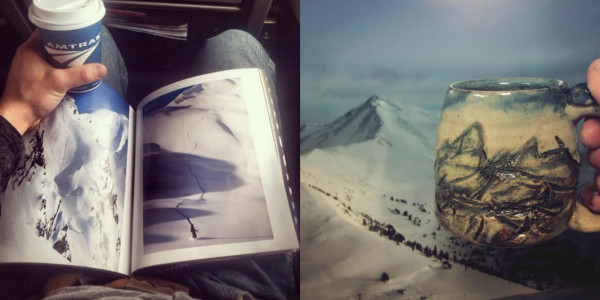 “Why do people climb the mountain? Because it’s there.”

– Random thought from Dave, a gentleman we met on the Amtrack during my yearly trip to the Rockies. 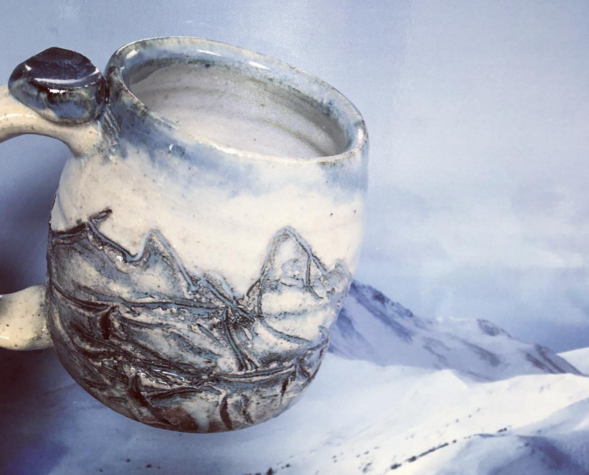