“‘Let the pots speak,’ Mackenzie often says. He’s right: the pots do speak. In their materials they speak of the earth. In their glazes, you will find water, clouds, the colors of the seasons.” – David Lewis, Warren Mackenzie: An American Potter, Kodansha International, New York: 1991. 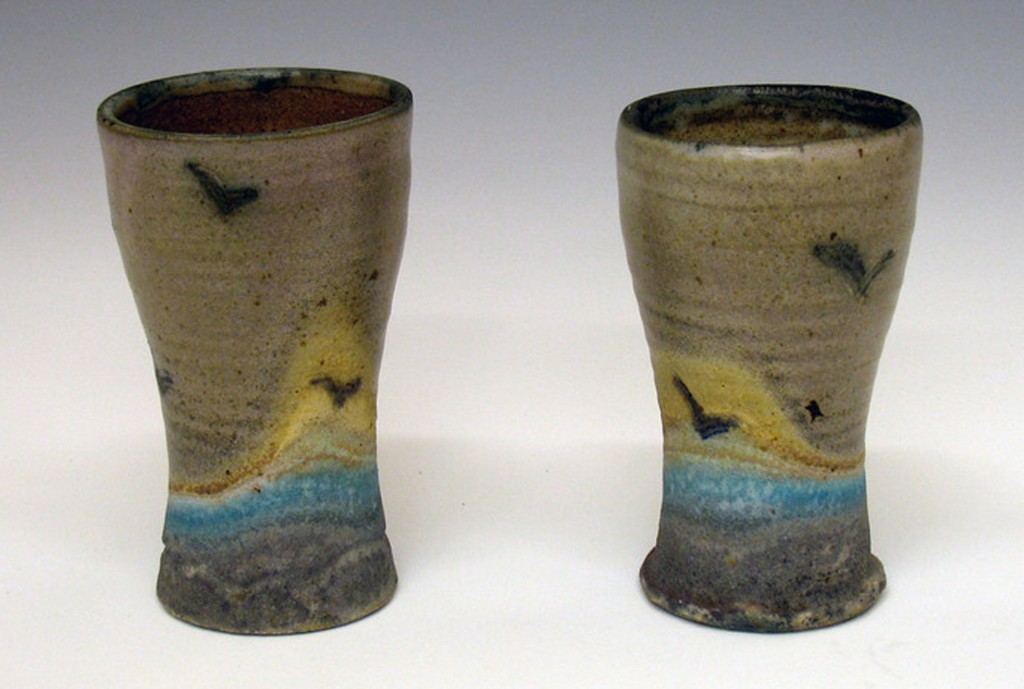 Wikipedia gives a pretty good definition of a saggar. They were used historically for stacking pots in kilns before kiln shelves were invented. Saggars are essentially containers that hold pots in the kiln, while offering an opportunity to affect color. Inspired by this concept, I’ve been experimenting with efficient ways to stack my pots for wood firings, because wood fired pots can be “tumble stacked” on top of each other. I made a new series of wood fired vases, accompanied by planters that acted as a type of saggar for each vase.

Before the firing, I poured a pile of wood ashes into each planter. The ashes melted during the firing and naturally glazed the pots, as you can see on these pieces below that were photographed during the unloading of the S. Dennis Wood Kiln on the College of St. Benedict campus. This was the 2nd firing of the kiln, which was built last summer. Check out this cool article and video about the history of the kiln, featuring my old college professor Sam Johnson: 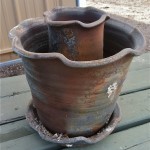 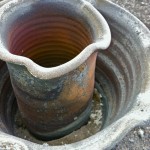 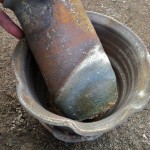 The tray underneath this planter was made to catch water when the pot is planted and finished, but it also worked to keep the pile of ashes from spilling out the bottom hole in the planter. These 2 images below show how the inside of the planter and tray picked up some nice blue-gray hues from the ashes. 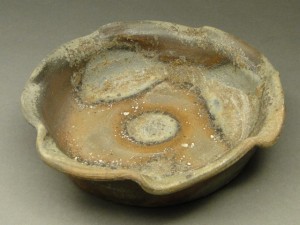 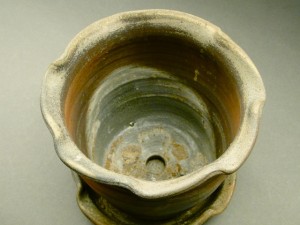 The vases picked up color in about 4 different ways: 1.) the blue-gray bottom from being completely covered in ash, 2.) orange flashing due to flame painting the clay surface, 3.) a dusting of fly ash floating through the kiln, and 4.) greenish, drippy splotches higher up on the vases. 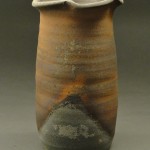 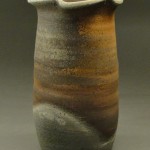 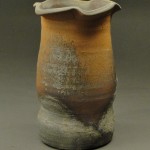 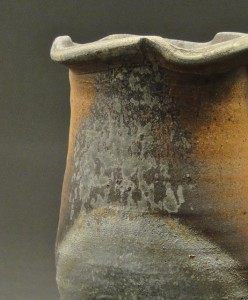 This detail shot shows a close up of the greenish, drippy splotches. I think these are really unique marks because they came from fine particles of ash that stuck to the shoulder of the vase while I was pouring ash into the planter/saggar. The ash sat on the vase until it melted into a green glaze at high temperature, providing some nice texture and color contrast.

During the wood firing, flame and ashes surrounded the pottery for about 3 days. Most of my vases and planters were near the bottom of the kiln where charcoal built up as we stoked plank after plank of wood into the kiln. The charcoal burned down into ashes, and these pots resulted with similar effects as the planters/saggars that I filled with wood ash. These two pots below were partly buried in charcoal. The blue side is the face of the pot that was covered with coals, while the brown or orange sides were colored by the flame path. 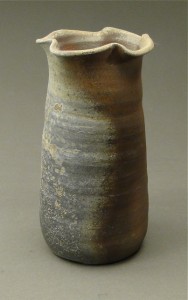 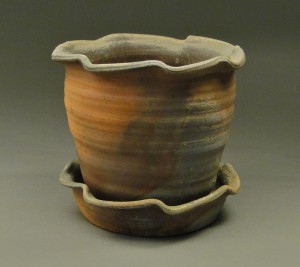 Dick Lehman wrote about these types of surfaces in a 2004 Ceramics Monthly article titled, “Towards a Vocabulary for Wood-Fired Effects.” He referenced Japanese words that have been developed over hundreds of years, and he used these words to describe certain types of wood fired surfaces on his pots. I enjoyed how he gave names to wood fired surfaces because I like the idea of being able to identify and recognize effects from the kiln. He tells how these terms provide “visual literacy,” which is probably much more helpful than the “green drippy splotches” that I described above.

One Reply to “Wood Firing Pottery in Saggars”